Shared Perspectives is a joint publication between Council of Alberta University Students, the Ontario Undergraduate Student Alliance, the New Brunswick Student Alliance, StudentsNS in Nova Scotia and the Canadian Alliance of Student Associations. It is the first time that all five organizations have formally collaborated, representing almost 300,000 postsecondary student voices through this publication. This paper looks at challenges and successes in postsecondary student mental health across the four provinces. The decision to work on the project comes in response to the recognition that a viable solutions will require a collective effort from student organizations and stakeholders across the country.

Until recently, mental health promotion was lacking both on university campuses and throughout the broader Ontario communities. As such, a stigma evolved where many students and community members felt uncomfortable talking about the issues they faced and the challenges that their mental health posed in their day-to-day lives. However as the topic grew in public discourse, the Ontario government realized it needed to implement new systems, programs, and strategies to address this clear gap in healthcare using the Open Minds, Healthy Minds strategy. A critical part of the Open Minds strategy was the creation of the Mental Health Innovation Fund (MHIF). One of the most promising projects to emerge from the MHIF is the Centre for Innovation in Campus Health (CICMH). Part of the Centre’s success has to do with its timeliness. Its approach is very much in keeping with current perspectives on mental health provision and the attitudes surrounding it. Given its focus on students, resources, tools, and information, CICMH represents the natural next step of what has been more commonly observed and prioritized in mental health research in recent years.

New Brunswick’s experience in dealing with mental health has seen the province’s educational institutions react with incredible speed. Today, as a result, mental health discussions are ubiquitous in our communities. Discouragingly though, mental health services on campuses continue to be underfunded or nonexistent despite the increased physiological stress factors directly related to the postsecondary experience. Consequently, students in New Brunswick 13 feel let down by a lack of institutional capacity of university mental health services to address their growing needs.The significant commitment by the Government of New Brunswick to expand accessibility to public postsecondary institutions through the Tuition Access Bursary indicates that the government could be serious about its investment in the province’s students.

Universities are spending a lot of money to address mental health, but it is argued that they are in fact addressing the wrong areas. This presents the largest challenge in Nova Scotia for addressing mental illness: rather than investing in unmet need, they are addressing 15 met “unneed.” The contributing factors to stress being perceived as mental illness are students lacking the skills to make a healthy transition into post-secondary education, such as time management, as well as the illusion that stress is always a bad thing.5 Additionally, universities are failing to address the systemic issues that they face. The government will need to make strategic, meaningful investments in student mental health to ensure that our youth are able to cope with stress and receive the assistance for mental health illness when it is needed. StudentsNS believes that student needs must be a focus for all parties important in student success: institutions, on-campus groups, community organization, and government. Student mental health continues to be a student need that is not being sufficiently supported. While some partnerships and collaborations, such as Pathway Through Mental Health Care for Post-Secondary Settings, have been formed to focus on a large-scale solution to the urgent call for more resources, it is not enough. 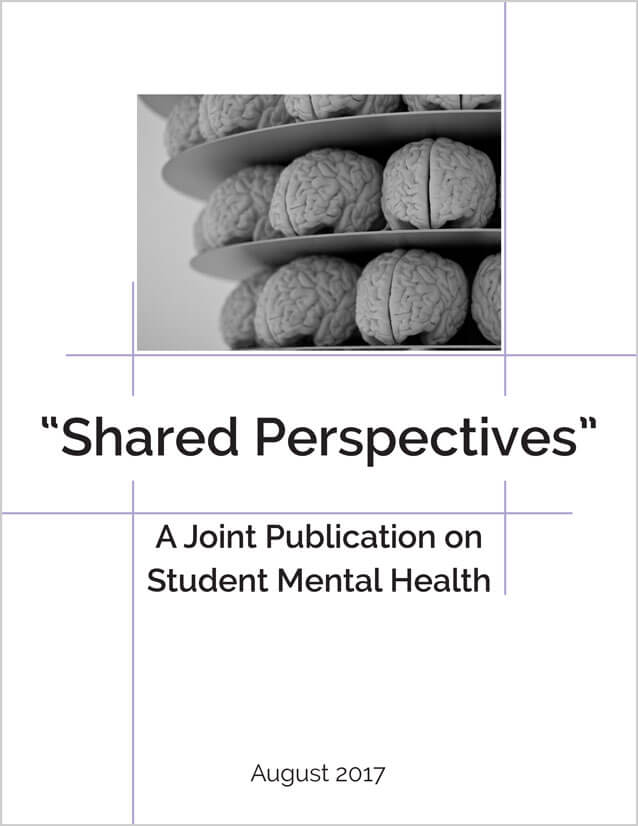 Not by degrees: Improving student mental health in the UK’s universities