Marijuana legalization is around the corner, but university students may have to think twice before reaching for their joints, pipes and bongs between classes.

Universities across Canada are prepping for legalization on Oct. 17 by crafting policies that limit cannabis use on campus. Multiple schools said they will follow municipal, provincial and federal regulations pertaining to marijuana consumption, adding that harm-reduction efforts are in place to educate students, staff and faculty. 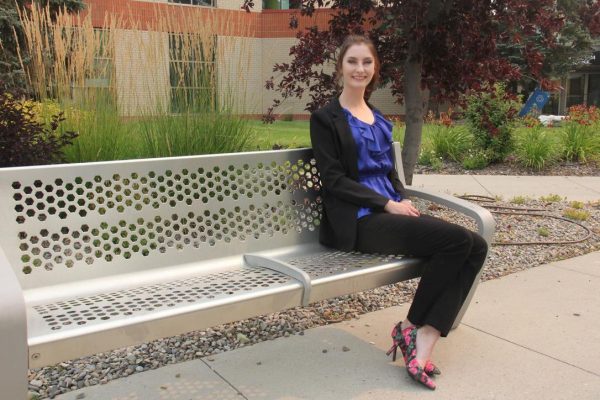 “We were all sort of flying blind a little bit,” LeVert said. “I think all universities have been.”

According to Health Canada’s Canadian Tobacco, Alcohol and Drugs Survey, cannabis was the most prevalently used illicit drug in the country in 2015, with close to one-third of young adults between the ages of 20 and 24 admitting to trying the substance. According to a 2016 assessment by the American College Health Association, about 40 per cent of post-secondary students in Alberta have tried weed at least once.

LeVert credited students for creating an environment within the university’s working group that led to measured and informed policy deliberations.

In the end, the university didn’t codify new polices, opting to release a university-wide statement instead.

“The legislation hasn’t been passed yet, so there’s lots of questions about what’s going to happen after Oct. 17, and that’s why we haven’t been going with a policy,” LeVert said.

The publicized statement read that, in adherence with government legislation, the university will not allow consumption of marijuana in public spaces, “therefore, the smoking of cannabis will not be permitted anywhere on UNB property.”

The same statement said that growing marijuana on campus is prohibited, and the university will defer to internal policies and procedures should a faculty or staff member show up to work intoxicated or impaired.

LeVert didn’t know exactly how many students smoke pot at UNB, but said, “I would safely say it’s representative of (Canada’s) population.”

She emphasized that students who live on campus and are over the age of 19 will be allowed to consume “legal non-smoked forms” of marijuana in private residence rooms.

“The spirit of the legislation is not about restricting access to someone who normally would have access,” she said. “Our students and residents for whom this is their primary dwelling, and are 19 and older, will be able to engage in private resident rooms or lounges in residence.”

“Dalhousie University already has a no-smoking policy, which came into effect on Sept. 1, 2003,” Bryson said. “The policy prohibits all forms of smoking, including cannabis, in all university buildings, including university residences, on university property and in university vehicles.”

She encouraged students to review the Nova Scotia Cannabis Control Act before consuming the drug. Among other things, the act states that legal age in Nova Scotia for cannabis use, possession and purchase is 19.

“Students in residence are required to respect and abide by all applicable residence and Dalhousie policies, along with federal, provincial, and municipal laws pertaining to cannabis,” she said.

Edmonton’s Northern Alberta Institute of Technology will also ban cannabis use on campus completely, in line with its existing smoking ban.

Canadian Public Health Association executive director Ian Culbert said whether post-secondary institutions allow students to smoke pot on campus or not, it’s important that they be proactive in promoting health and safety.

While many students already have experiences with pot, he is worried about “novice users” who are prone to experimenting in excess before they learn their limits.

“That experimentation is a natural part of growing up. So, university administrations and student associations really need to be taking a very proactive approach at getting education materials out to all of the students, especially younger students, and being a very watchful and caring community as legalization takes effect,” Culbert said.

Representatives from the students’ association at Mount Royal University have engaged heavily with staff and faculty to develop harm-reduction strategies at the Calgary-based institution.

“We’re very excited for the legalization coming up on Oct. 17, but also very aware of how this may affect our student population,” said Shayla Breen, the vice-president of student life. “At the end of the day, we just want to make sure students can make the safest choices possible when it comes to consumption.”

She said that originally, the university developed “a beautiful cannabis policy that looked at on-site consumption and harm reduction,” but had to revert to standard no-smoking policies to match bylaws in Calgary.

“Universities are a public place, so under city bylaws currently, cannabis consumption falls under that,” Breen said. “For now, it will not be allowed on university property.”

She added that the MRU community will keep exploring possible marijuana policies.

“This is going to be new for us and the city, as well — for all of Canada, really — so everyone is trying to figure out what this looks like and how we can serve the community,” Breen said.

According to Breen, the primary concerns at MRU focus on safe and responsible consumption.

“Generally speaking, most staff and faculty understand that the students who want to be smoking cannabis are already doing it,” Breen said. “To be honest, that’s the truth. If students want to (smoke), they’re going to.”

She added that the student body is “hungry” for drug-related education and on-campus support.

“The biggest thing I’ve heard is the concern from students who are already engaging in cannabis that other students won’t know the dangers of cannabis and driving, or cannabis and alcohol,” she said.

“Student priorities are on accessible education, support on campus, inclusive education, those types of things.”

The University of Alberta Students’ Union in Edmonton — where city council is leaning toward allowing public smoking in most places — plans to roll out a poster campaign in October for students seeking information or help, and will use that to springboard into a broader campaign around addiction.

“I think it’s unrealistic having a city that will be so liberal with this law to have a university that would ban it. It doesn’t make sense, as students will use it no matter what,” Brown said.

Kevin Friese, assistant dean of students with health and wellness, said the U of A will amend existing policies to accommodate legalization rather than developing a specific policy. The university gathered input with an online survey and community town halls earlier this year, and has drafted a recommendation report.

While the report is not yet complete, Friese said it’s likely that growing and smoking cannabis on residence will be banned. As far as consuming on campus, he said the university will follow the city’s public consumption bylaws, which could mean creating designated areas for use.

“York University currently uses and complies with the provincial smoking legislation and regulations. We will continue to do so,” said Gloria Suhasini, a senior media relations officer at York.

“We do expect to have a new policy in place this fall,” she said.

Original Article can be found HERE

Ontario Expanding Mental Health Services for Children and Youth in Every Corner of the ProvinceOntario Investing in Partner Assault Response ProgramNew resource for school-based suicide prevention life promotion initiativesOntario Supporting More Paid Internships for Postsecondary StudentsI'm in need of a food bank. What do I do?