This webinar provides an overview of the Alcohol Awareness Strategy developed by Carleton University and will specifically touch on what the strategy includes and what it is aiming to achieve over the next four years.  The presentation will outline the foundational work that has been done in recent years on alcohol within the realm of public health and how that work has influenced Carleton’s Strategy.  Finally, the presentation will introduce recent efforts at the post-secondary level which have the aim of generating broader support for a more deliberate public health program that will foster and promote safer drinking practices at universities across the country.

By the end of the webinar participants will be able to develop an understanding of: 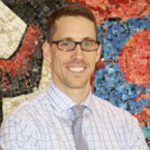 Ryan is the Director of Student Affairs at Carleton University and has been in the position since 2008. In this role, Ryan is responsible for a variety of programs or processes including student judicial affairs, at-risk students, academic integrity appeals, a range of student awareness initiatives (e.g., Hazing, Community Living) and several other student policy issues. Before coming to Carleton, Ryan worked for the federal government in the following departments: Aboriginal and Northern Affairs, Privy Council Office, Indian Residential Schools Resolution Canada, and Health Canada. In his final two years at Health Canada, Ryan was the national manager for the National Native Alcohol and Drug Abuse Program (NNADAP) and the Youth Solvent Abuse program. Ryan has political science degrees from the University of Windsor (BA) and University of Waterloo (MA). 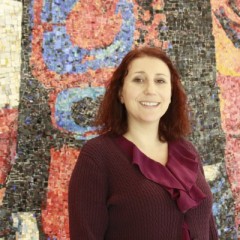 Vicki is the Student Support Case Manager at Carleton University and has been in this role since 2013. Vicki manages a case load of students who are struggling with a multitude of complex issues affecting their studies. She has also has been supervising the implementation of the CU Don’t Know alcohol awareness campaign since its inception. Vicki originally began at Carleton University in Undergraduate Admissions and Recruitment in 2001 and then left the University in 2009 to teach internationally in Egypt and Mexico. Vicki has a degree in criminology and psychology (B.Soc.Sci.), as well as a M.Ed. in counselling from the University of Ottawa, and a B.Ed. from Queen’s University.

Standard Size Your Drink!
This is a public health campaign, targeting adults 19-35 to raise awareness about what a standard drink is. Attached is a specific message for postsecondary students.
SD_SoloCupPoster

CAMH’s Saying When App
Saying When is a free, mobile app to help people engage in moderation or low-risk drinking when it comes to alcohol consumption.
View mobile App
https://www.porticonetwork.ca/web/camh-hprc/resources/substance-use